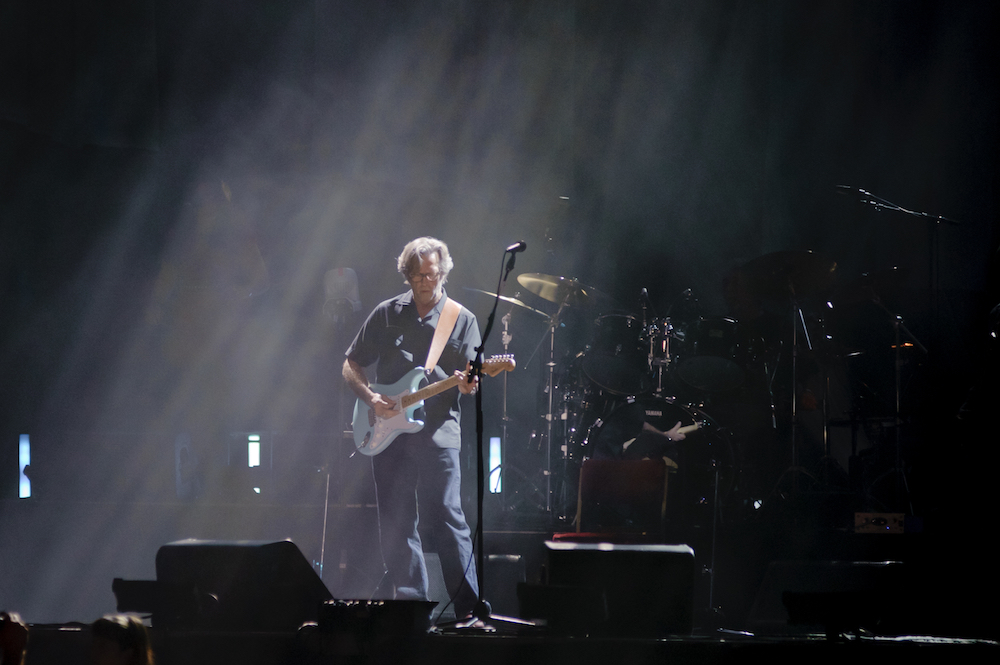 Eric Clapton, the legendary guitarist and prolific rock star, has had himself an extremely successful career in the music business — and that’s an understatement.

He’s carved himself a spot in music history a few times over. While we all know him to be one of the most talented guitarists that has stepped foot on stage — there’s another side to the man that car enthusiasts can certainly appreciate as well: Eric Clapton’s love for Ferrari.

Over the years, Eric Clapton’s car collection has been filled with many stunning examples of the Prancing Horse. A few of which are some of the most sought-after Ferraris out there.

RELATED: The Best Ferraris Over the Past 70 Years 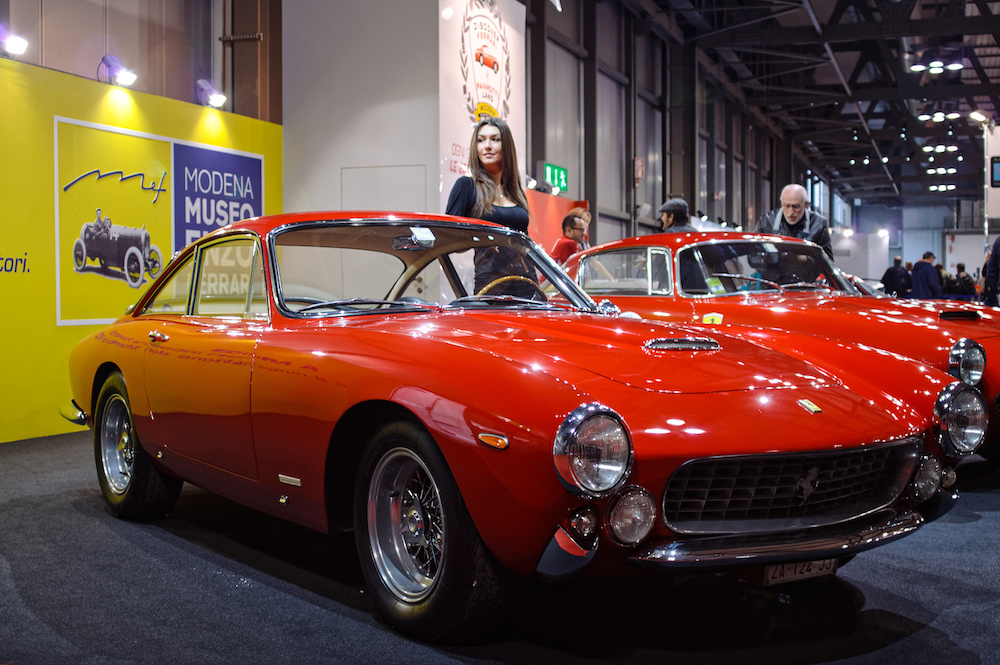 One of the notable Ferraris of Eric Clapton’s cars is the Ferrari 250 Lusso. Clapton’s 1964 Ferrari 250 Lusso is a rock star of cars all on its own — it doesn’t need a legend like Clapton behind its wheel — but it sure doesn’t hurt.

Since his Ferrari Lusso is all ‘GT’d’ out, you’ll find underneath the hood that the engine is race ready but road legal. The 360 examples of this particular Ferrari are stocked with the V12 engine which maxes out at 150 mph and hits 0-60 mph in 8 seconds. This was in 1964, people!

One of these Pininfarina designed Ferraris can go for an easy $844K. But since this was Eric Clapton’s Ferrari, there’s no doubt that current owner John Collins paid far more than that. The car has been valued at around $10 million. While the price might be astounding, it is by no means ridiculous. It is 250 after all.

Even more astounding is the price for the car’s current personalized license plate paid for in full by Collins. Yup, that’s right, the license plate even has its own separate cost. And it is worth more than your house.The original license plate of the Clapton Ferrari “TFO 599” just wasn’t good enough, I guess. So, Collins took it upon himself to replace it with “25 0” for a cool million. Now, I must admit that the new plate is obviously the better of the two, but paying a million bucks for it? That’s pretty steep. 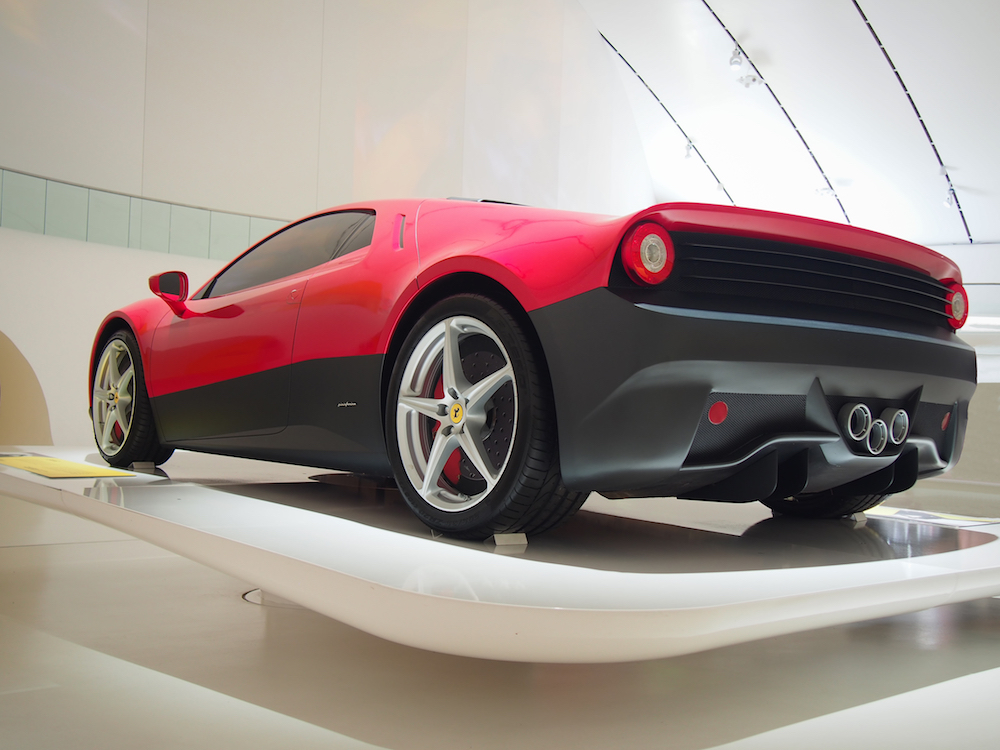 This Ferrari isn’t simply a one-off that Clapton bought to add to his Ferrari collection. Oh no, it was designed specifically for this legendary rocker. A gift from the gods… of rock that is. The Ferrari SP12 EC is the official car made to order for the guitarist. The letters “EC” being a direct tribute to Slowband who specially commissioned the Ferrari.

This $4.7 million dollar custom example with its rock legend behind the wheel holds a spot in the Car Hall of Fame in my opinion. The car was a joint venture between the prolific guitarist and the Ferrari Centro Stile and Pininfarina design team. The creation and design of this Ferrari is based off the retro looking Berlinetta Boxers and the Ferrari 458 Italia — meaning it does not have the notable V12 Ferrari engine — but that does not indicate any shortcomings in style, power, and value by any means. The before mentioned price tag that’s just shy of $5 million is indicative of this.

It should be noted that while this Ferrari might be one of the most renowned of the Eric Clapton car collection, he has owned a number of Ferrari 458s over the years.

This classic Ferrari is one of the first Ferraris Eric Clapton added to his car collection and thus the beginning of his long standing love affair he has with the Italian automaker. The inspiration to buy this gorgeous vehicle was sparked when George Harrison drove up to his house in a dark blue Ferrari and the budding musician fell head over heels for Ferrari, as Clapton explained in his 2007 autobiography.

While it was the dark blue Ferrari that started it all, this classic Ferrari Dino, which is one of the 150 first generation examples of the Dino, has been argued to be a muse for Eric Clapton’s song “Layla”. Unfortunately, during the time that he was recording this song, Clapton crashed his prized Ferrari.

The vintage 1968 Ferrari Dino 206 GT has since been restored and is no longer owned by the legendary guitarist. It was auctioned off in March 2017 with an estimated value just under $1 million.

It’s hard to imagine owning one Ferrari in your lifetime, let alone a supposed dozen of these gorgeous Italian cars. But when Clapton says he loves Ferrari, he is not kidding. Over the years, he has also been seen driving the undeniably beautiful Ferrari Enzo and the stunning 1991 Ferrari F40.

Clapton has also been known for his love of old Ford and Chevy Pickups. He’s also been spotted driving a customized Mini Cooper.

That Stank Is Rank! How to Remove Odor from Your Car & Stop It From Returning